How Does a Solar Powered Fountain Work?

A lot of people ask us "how does a Solar Fountain Work?" 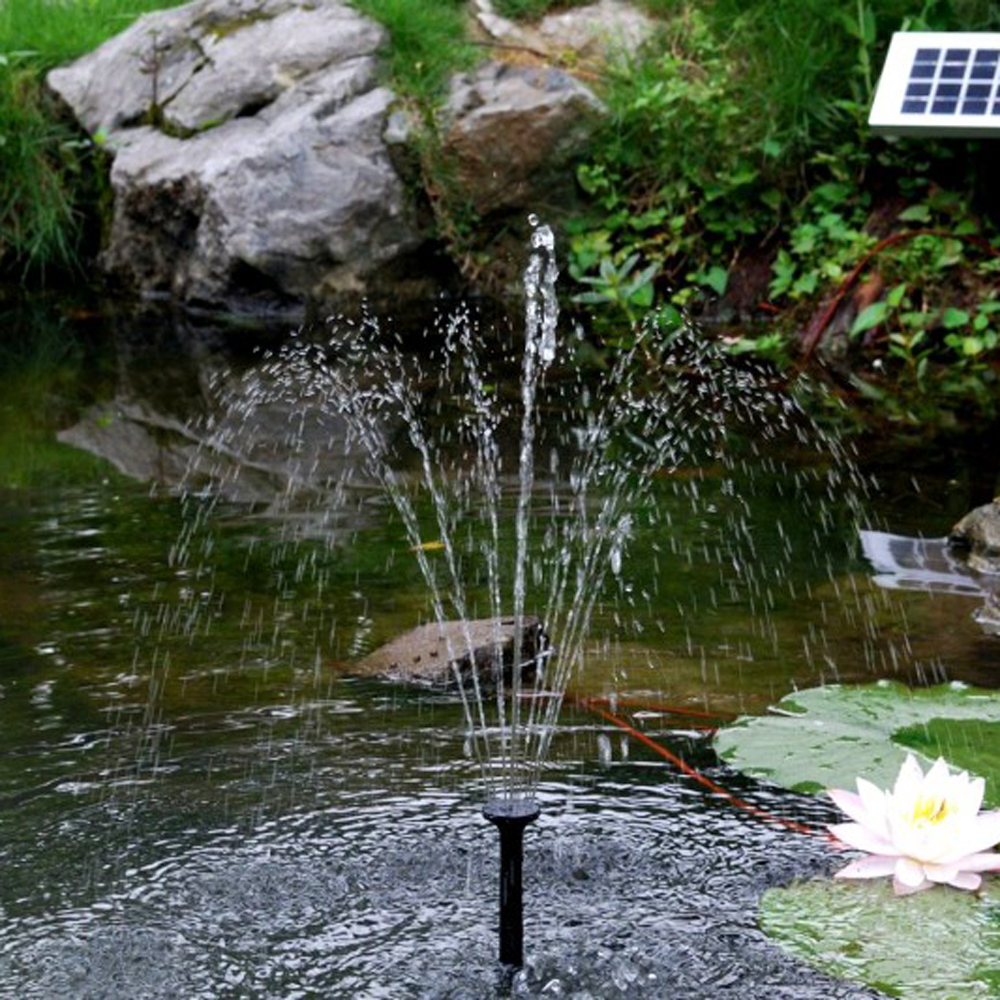 As you can see below the pump has a fan blade or an impeller which rotates.

This draws water in to the pump housing, and spins at such a speed that the water is then forced out of the pump by centrifugal force. This water is then channelled through tubing and creates a jet or spray of water. 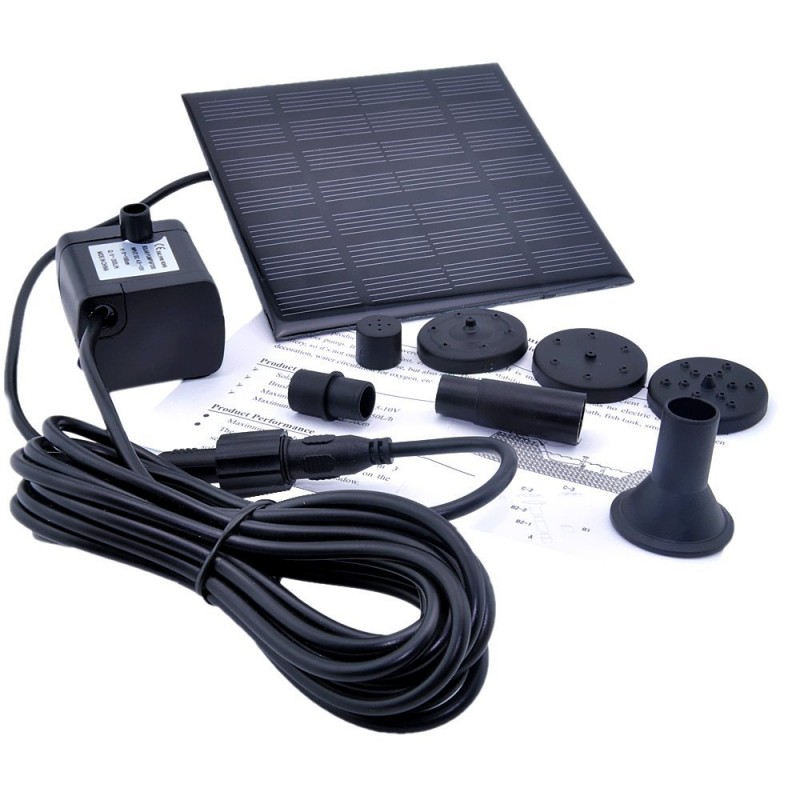 Typical Cheaper solar fountain without battery back up

This type of solar fountain system works very well in countries where this is unbroken sunshine, as long as the sun shines the pump operates, however in climates such as the UK and most of Europe, this system can produce somewhat erratic results, in most cases the panels are optimized to work only when the sun shines, there is little tolerance built in the panel to allow them to operate during cloud cover.

The result of such cheaper solar pumps is that they will operate sporadically through out the day, in parallel with the the cloud cover. 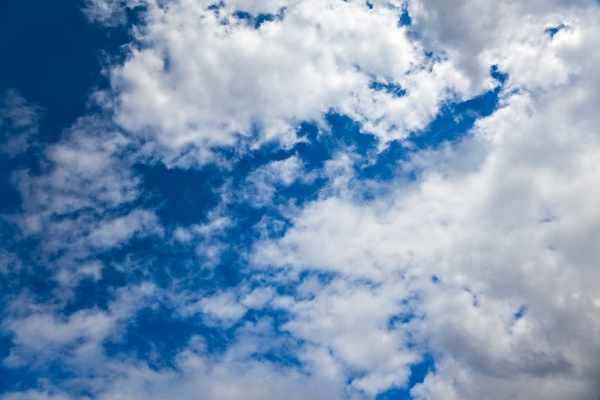 This can actually be somewhat frustrating to the owner, who's main reason for buying a fountain is to have a relaxing feature in their pond to enjoy.

Manufacturers of solar fountains such as Powerbee have developed a battery back up system, the battery is stored in a control box, this stores the power from the panel, the pump is then in turn fed power from the control box. Additional levels of intelligence can be introduced using electronic circuit boards, the flow of the water can be controlled. Rules concerning the amount of voltage that the battery receives can also be introduced. This system ensures far more consistency in the flow of water that is generated as when cloud cover is apparent, the unit can use the additional reserve of power stored in the battery to maintain the flow of water, resulting in a flow that is continuous through out a partially cloudy day. 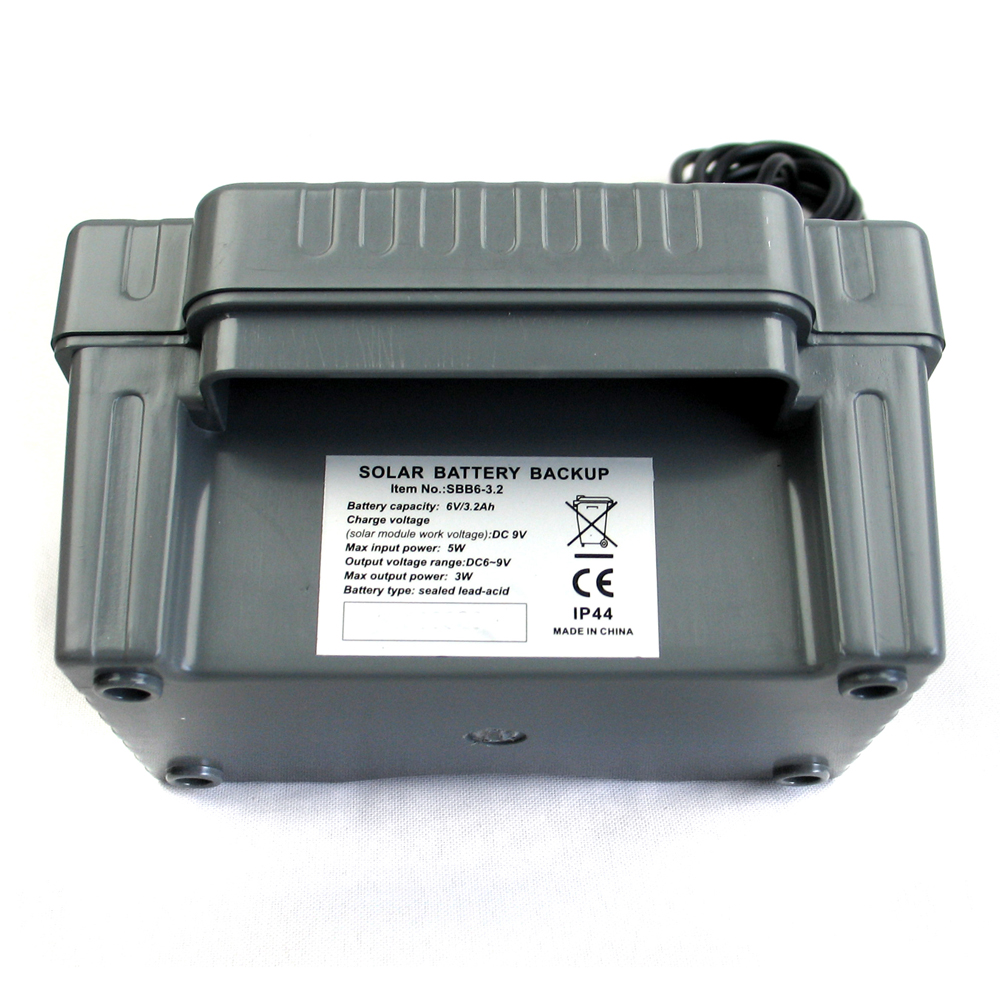 The other way to combat sporadic flow in a unit which does not have a battery back up, is to oversize the panel, this way even in cloudy conditions the panel can still produce just enough power to operate the pump, this can be seen in the Sunspray SE 450, where the panel is 40% larger than equivalent systems, this does mean that during sunny weather there is an slight oversupply of electricity to the pump, however it does also mean that the pump will operate on partially cloudy days, although not as consistent as a battery backed up unit, the price is far lower. 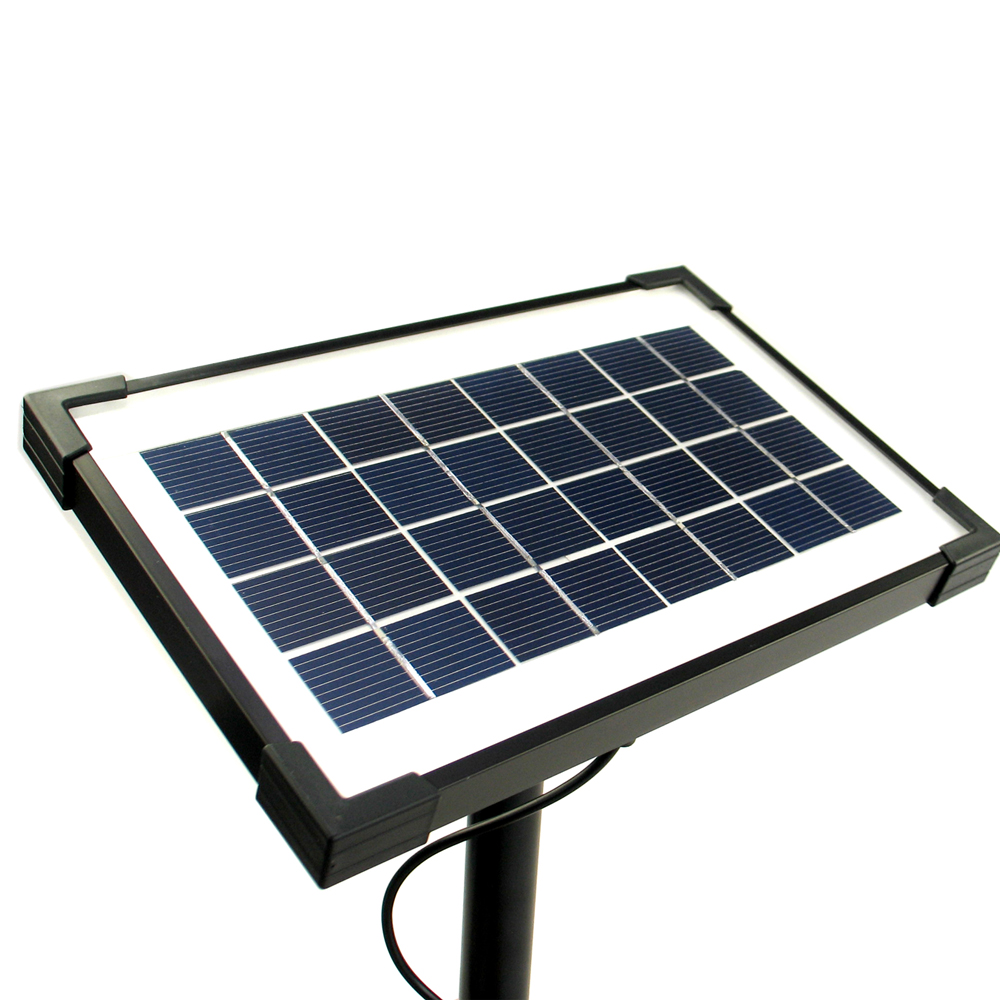 A solar panel turns light into electricity! It can turn nearly any light in to electricity if the source of light is strong enough, the best source is the sun because it is free and very strong. A good quality solar panel can generate electricity in shade or in cloudy weather, its not as much as if in full sunlight, but it is enough to use for practical applications, such as lighting with the use of energy efficient led's and solar pond pumps. 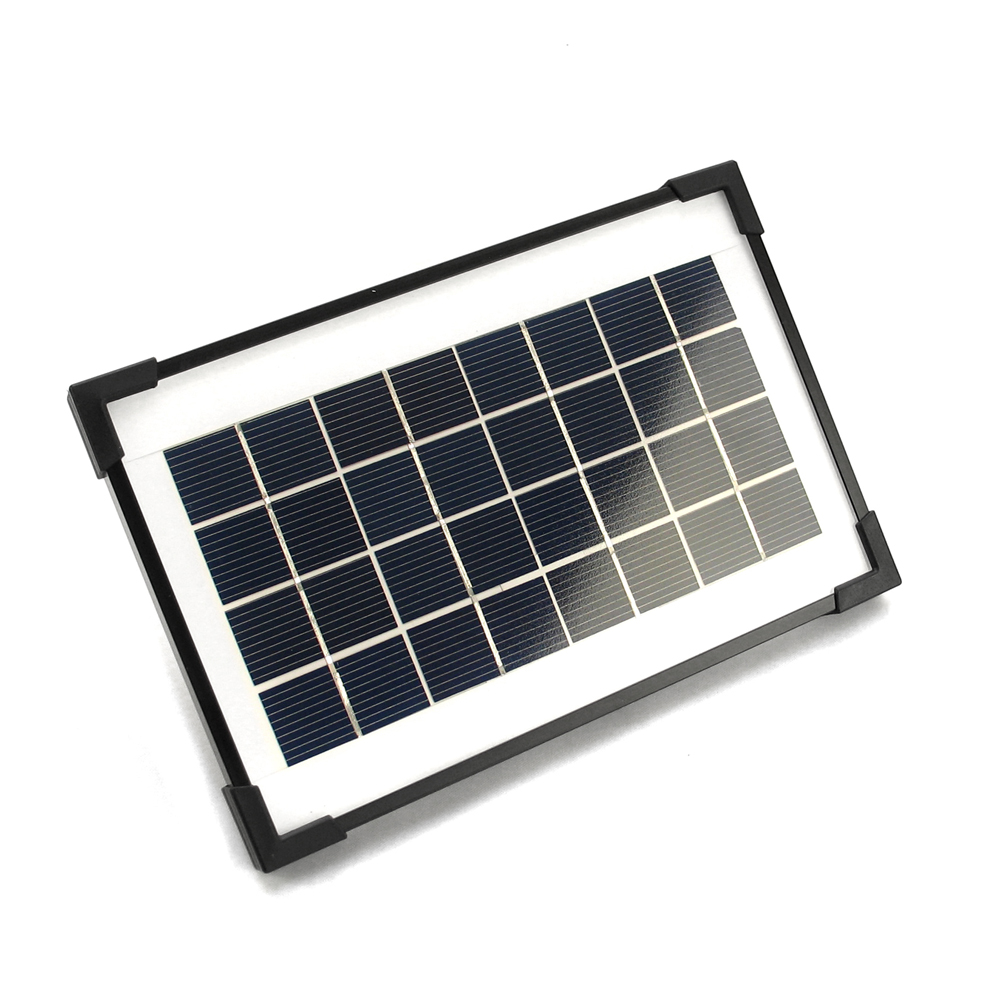 When the light hits an electron in the first layer, the photon in the light literally knocks off one of the electrons, this causes electrons it to jump to the second layer. Those electrons make other electrons move, and so on. This generates a voltage or electricity, this is guided around the panel, with the use of metal conductive plates. and funnelled in to a positive and negative flow. Then you just need a battery to store that energy and you are ready to go!

In the case of a solar fountain it is much more difficult to maintain performance levels, as the pump has to move a physical mass of water, 1 litre of water weighs approximately 1 kg, so for example Sunspray se 360's pump's flow rate is 90 litres per hour, therefore this is equivalent of moving 90 Kg's of water every hour.
So for solar fountains the performance cannot be compared to solar led lights, this is why Powerbee only recommend solar power pumps from March to September.

The control box varies with each different fountain that you purchase, in essence the box should be acting as a regulator, guiding the electricity efficiently to the battery, and not allowing the battery to overcharge (which can damage batteries). The control box should also prevent the battery from discharging, this is called overcharge / discharge protection, and it does not come as standard in some of the cheaper control units. 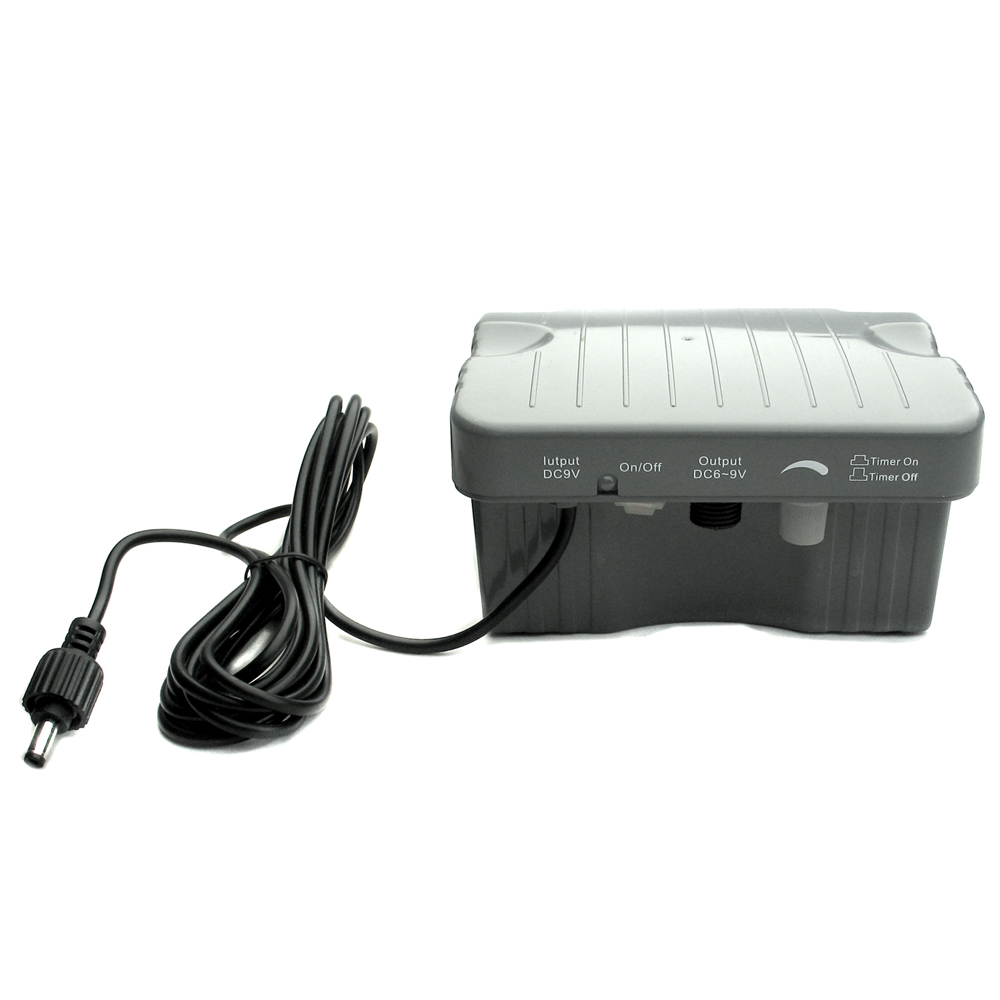 The control box can then have another level of intelligence built on to the next 'layer', some units offer multi functions to its owners, for example timing features, which operate the fountain for pre-selected amounts of time, or where the flow of water is stopped / started if the voltage level in the battery reaches a certain level. These features are usually always designed to protect the battery from overcharge or and also to conserve energy. 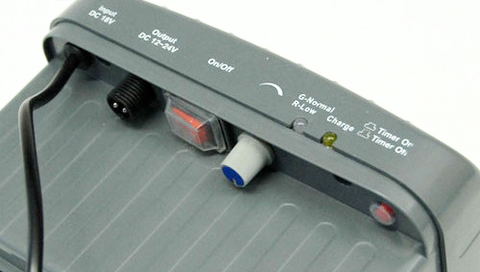 An example of this can be seen in the Sunspray se 500, the control box on this unit, has a flow controller which can increase or decrease the flow of water to the pump, there is also a timer function which will operate the pump for 10 minutes at a time within the hour, this feature can be very handy for running the pump all winter, additionally the pump will only operate when a certain level of voltage has been reached, so in winter time the unit will sit inactive and wait until it has enough power, then will operate for 10 minutes and stop, this system has been specifically designed for UK winter time to conserve as much power as possible, whilst also keeping the pond healthy by moving the water around and oxygenating it.

What are the advantages of a solar fountain?

There are numerous advantages in using a solar power fountain, technology has made some important evolutions in the last 5 - 10 years, with an increase in efficiency of solar cells and improved manufacturing techniques, solar fountains are now a true alternative to mains power, as long as you can accept they will not work all year around, however many people do not run their mains fountains in winter, the industry in the UK has more than doubled in the past 12 months. 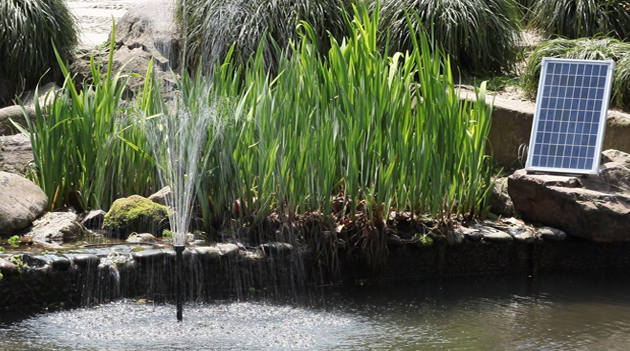 The pumps included in solar fountains are centrifugal pumps the same as almost all mains pumps, but are designed to operate using far lower voltages, around 3.0 volts is pretty much a base standard for any decent solar fountain, this is the voltage required to pump a reasonable amount of water for a small pond. 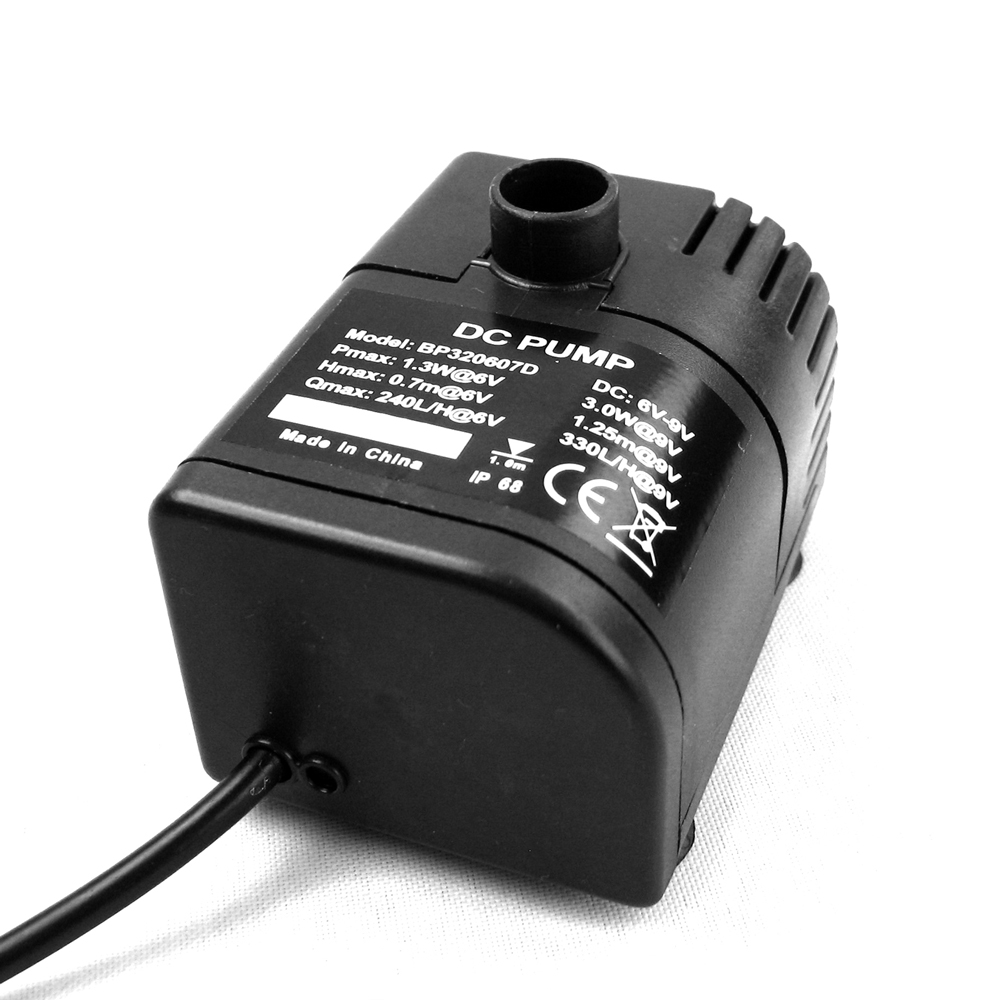 Centrifugal pumps are used to induce flow or raise pressure of a liquid. Pumps are actually far simpler than people imagine, inside there is only really one moving part, this is the impeller, it spins around on an axle, it has a series of curved vanes fitted inside the pump housing. The impeller is always immersed in the water. When the impeller is made to rotate, it makes the fluid surrounding it also rotate. This imparts centrifugal force to the water particles, and water moves radially out.

Can I use them inside?

Although it is possible, there are some complications involved, the solar panel must be exposed to sunlight for the pumps to work, so in theory as long as you can achieve this you can run the pump almost anywhere. The other point to note is that the Sunspray range come with detachable solar panel and batteries so the battery pack can be charged in any sunny location, separate from the Pump, then the battery can be relocated once charged and used to feed the pump with power. 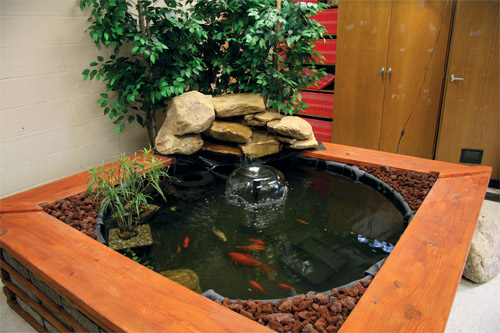 Do I need to change the Batteries?

Yes, rechargeable batteries do not last forever they have a certain life span, it is important to check whether you are able to change the batteries as some unscrupulous companies sell solar fountains where the battery cannot be replaced, which in our opinion defeats the entire purpose of being environmentally friendly. It may mean that the unit is cheaper but when the battery is exhausted this will mean you may need to replace the whole unit.

The control boxes and the batteries are usually not expensive to replace, the batteries inside should be replaceable and with the Powerbee range all batteries are sold at near cost price for replacement purposes. The batteries will however last for years if you look after them, the main reason for batteries to need to be replaced is that they are stored away over winter time without any charge, if you maintain a small charge in the battery this can save its life! One way of achieving this is to store the battery away with a good charge inside then after 4 months, recharge the battery with the use of the solar panel, just by leaving it outside in the garden for a few days.

Can I Attach the Pump to an Existing Water Feature 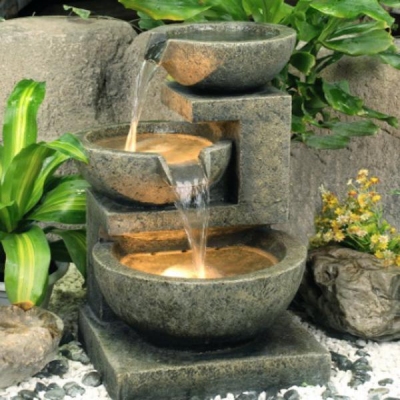 Yes you certainly can do this, however it is best to speak to an advisor on this matter tel : 0845 094 8821, as the advertised maximum jet head on a fountain does not represent the jet head that will be achieved through tubing, this is a different application, there are many different widths and lengths of tubing and this topic is discussed in detail here.